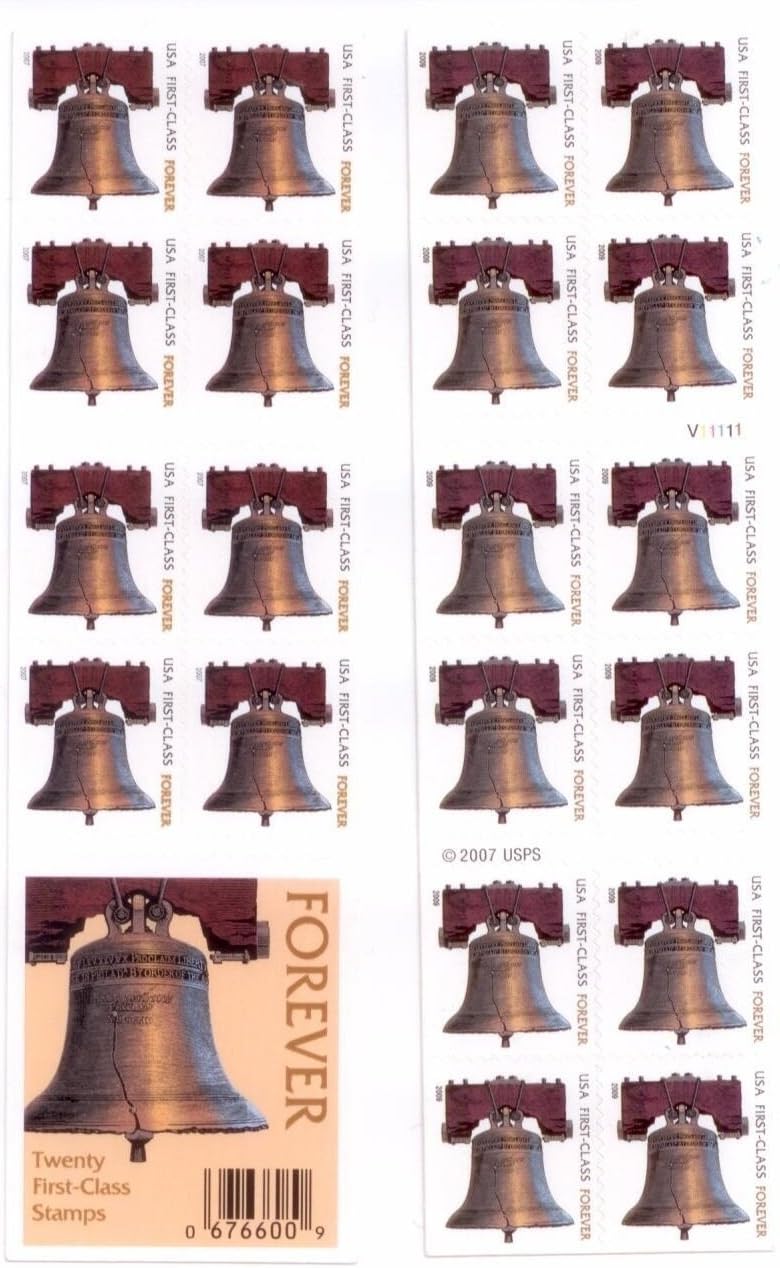 The Liberty Bell was the first Forever Stamp ever issued, back in 2007. The stamp was designed by Carl T. Herrman of Carlsbad, California. This item is sought after by collectors, and because it is a Forever stamp it will always be valid as First-Class postage on standard envelopes weighing one ounce or less, regardless of any subsequent increases in the First-Class rate. The stamp art depicts the Liberty Bell, which is perhaps the most prominent and recognizable symbol associated with American independence. Over the years, the historic significance of the bell's message has transcended our national borders, and today the Liberty Bell is an international icon of freedom. Replicas of the Liberty Bell exist in all fifty states and the District of Columbia. The stamp art features a computer-generated image of the Liberty Bell by nationally acclaimed artist Tom Engeman of Brunswick, Maryland. His previous projects for the Postal Service include stamped cards for Carlsbad Caverns National Park (2002), Ohio University (2003), and Columbia University (2003), as well as the 2003 American Eagle definitive stamp, and the National World War II Memorial stamp issued in 2004. Made in the USA. This listing is for 100 stamps (5 double sided booklets of 20).